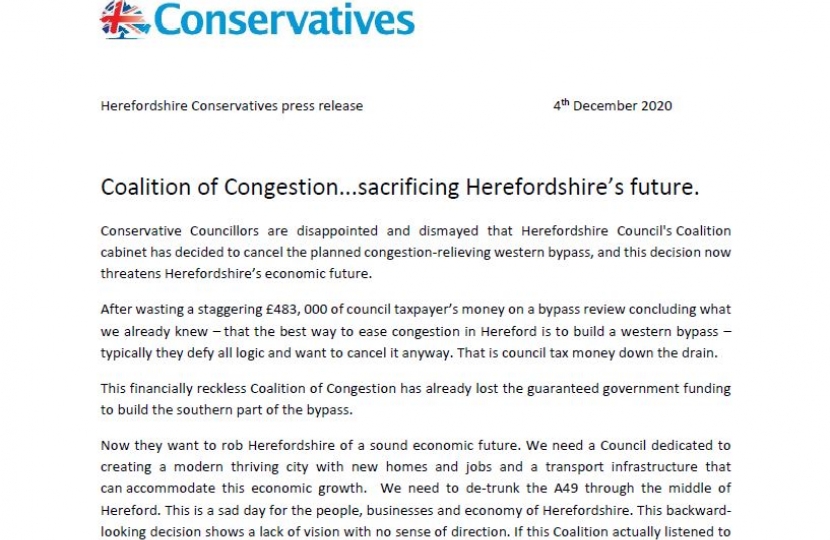 After wasting a staggering £483,000 of council taxpayer’s money on a bypass review concluding what
we already knew – that the best way to ease congestion in Hereford is to build a western bypass –
typically they defy all logic and want to cancel it anyway. That is council tax money down the drain.

This financially reckless Coalition of Congestion has already lost the guaranteed government funding
to build the southern part of the bypass.

Now they want to rob Herefordshire of a sound economic future. We need a Council dedicated to
creating a modern thriving city with new homes and jobs and a transport infrastructure that
can accommodate this economic growth. We need to de-trunk the A49 through the middle of
Hereford. This is a sad day for the people, businesses and economy of Herefordshire. This backwardlooking
decision shows a lack of vision with no sense of direction. If this Coalition actually listened to
most who comment on the bypass - they would hear the cry - JUST GET ON AND BUILD IT!

Our Plan for Growth

Chancellor Kwasi Kwarteng on Our Plan for Growth in the economy