Jesse Norman was appointed Minister of State at the Foreign, Commonwealth & Development Office on 7 September 2022. Before that, he was Financial Secretary to the Treasury from 2019 to 2021, where he managed the COVID-19 furlough scheme and set up the UK Infrastructure Bank.

Jesse has been the MP for Hereford and South Herefordshire since 2010.

He was previously Paymaster General, and held ministerial office in the Department for Transport and the Department of Business, Energy and Industrial Strategy. As a backbencher, he was a member of the Treasury Select Committee 2010-15, and Chair of the Culture, Media and Sport Committee in 2016-17. He was made a Privy Councillor in 2019.

Before entering politics Jesse was a Director at Barclays. He also researched and taught philosophy at University College London, and ran a charitable project in Communist Eastern Europe, among other things.

He is the author of numerous books and pamphlets, including Compassionate Conservatism, Edmund Burke: Politician, Philosopher, Prophet and Adam Smith: What he Thought, and Why it Matters, which won a Parliamentary Book Award in 2018.  Jesse was Spectator Parliamentarian of the Year and The House Backbencher of the Year in 2012.

Jesse has degrees in Classics (Oxford University: MA) and philosophy (University College London: MPhil, PhD). He has held various academic research fellowships, and was elected as a Two-year Fellow at All Souls College, Oxford in 2022. He is an enthusiastic cyclist, hill-walker and amateur jazz musician. 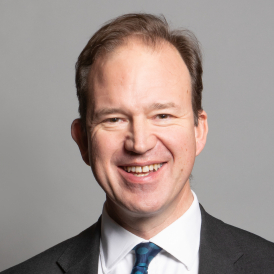